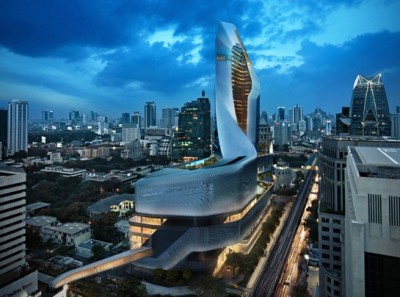 Bangkok (Thailand) – March 5, 2015 – To celebrate the longstanding relationship between the United Kingdom and Thailand, the Central Group, in partnership with the British Embassy in Bangkok is hosting an exhibition titled “The Celebration of Thailand – UK Relations forward into the 5th Century of Thailand – UK Relations” at the Central Embassy lifestyle shopping mall from 7–16 March, 2015.

Her Royal Highness Princess Maha Chakri Sirindhorn will graciously preside over the opening of the exhibition, which will feature informative displays about how Thailand and the UK have shared ideas, trade, investment, and tourism over the centuries, and how cultural and educational exchanges at all levels have improved cooperation and understanding between the two nations.

Mr. Thawatchai Arunyik, Governor of Tourism Authority of Thailand said, “Britain and Thailand have a close and rich shared history – from the days when Thai Royalty would head to the UK for their education to the many thousands of British tourists who come to Thailand every year for holidays. For centuries we’ve shared ideas, traded and respected each other’s vibrant, unique cultures and this fascinating exhibition will tell this story to Thais and tourists alike.”

To promote this special exhibition and celebrate the longstanding Thai-UK relationship, the Central Group is also holding a “Shopping is GREAT Britain” contest in which anyone spending 1,500 Baht on any of 36 UK-brand products at Central Department Stores nationwide will get the chance to win an exclusive shopping trip to London. The competition will run from 3-29 March, 2015.

The UK is one of the largest sources of tourist markets to Thailand, and is the largest market out of Western Europe. In 2014, Thailand welcomed a total of 909,335 travellers from the UK, representing about a one per cent increase over the previous year.