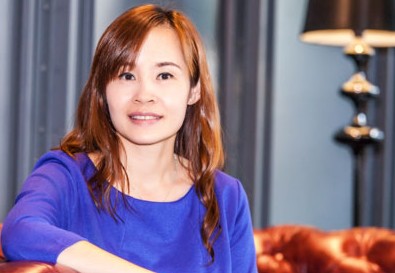 Bangkok (Thailand) – May 4, 2015 – The Pacific Asia Travel Association (PATA) is pleased to announce the promotion of Parita Niemwongse as Director – Human Capital Development, effective immediately. PATA CEO Mario Hardy said, “As Human Capital Development (HCD) has become one of the greatest challenges facing the travel and tourism industry today, it has also become an integral and important part of PATA’s activities. I believe that this topic deserves to have a senior member of the PATA management team’s attention and it will be a great pleasure to work with Parita to grow our HCD programmes.”

In response to PATA’s strategic plan in strengthening HCD within the industry, Ms Niemwongse’s primary focus is to initiate HCD programmes and activities for members of the Association including PATAcademy-HCD, PATA Youth Symposium, and the PATA Intern and Associate Programme. In addition, she will also be responsible for PATA’s Capacity Building Programme, University and Tourism College relationships, and any future related HCD programmes, as well as the continued management of the PATA Gold Awards and PATA Face of the Future.

Commenting on her promotion, Ms Niemwongse stated, “I am excited to be enhancing PATA’s HCD projects and initiatives to benefit PATA members and all stakeholders in the industry. HCD is of growing importance to PATA and working with educational institutions and young people is a great learning experience.”

Ms Niemwongse joined PATA in 1999 in the Communications department, where she gained extensive experience in working with PATA’s media worldwide network in promoting PATA events and activities. Prior to PATA, she worked in the Public Relations Department at Queen Sirikit National Convention Centre in Thailand and the Hong Kong Trade Development Council. Ms Niemwongse also lived and worked in Dubai as a Flight Attendant for Emirates Airline.

She received a Master of Arts in Public Relations from Bond University, Australia, and Bachelor of Arts with Honours, majoring in French, and a Gold Medal from Thammasat University, Thailand. Ms Niemwongse also received a certificate of Learning French for Overseas students from Centre de Linguistique Appliquée, Besancon, France.

About PATA
Founded in 1951, the Pacific Asia Travel Association (PATA) is a not-for profit association that is internationally acclaimed for acting as a catalyst for the responsible development of travel and tourism to, from and within the Asia Pacific region. The Association provides aligned advocacy, insightful research and innovative events to its member organisations, comprising 87 government, state and city tourism bodies, nearly 31 international airlines, airports and cruise lines, 61 educational institutions, and hundreds of travel industry companies in Asia Pacific and beyond. Thousands of travel professionals belong to the 43 local PATA chapters worldwide. The chapters organise travel industry training and business development events. Their grassroots activism underpins PATA’s membership of the Global Travel Association Coalition (GTAC), which includes ACI, CLIA, IATA, ICAO, WEF, UNWTO and the WTTC. The PATAmPOWER platform delivers unrivalled data, forecasts and insights from the PATA Strategic Intelligence Centre to members’ desktops and mobile devices anywhere in the world. PATA’s Head Office has been in Bangkok since 1998. The Association also has official offices or representation in Beijing, Sydney, Dubai, and London. Visit www.PATA.org.