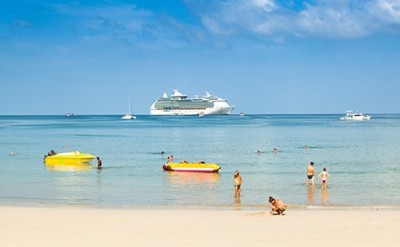 Bangkok (Thailand) – December 18, 2014 – The number of the international visitor arrivals has continuously risen for the second month. Visitor arrivals to Thailand in November totalled 2,438,301, a growth of 2.53 percent over November 2013. Figures released by the Ministry of Tourism and Sports show that the main contributing factor was a 58.8% surge in Chinese visitors to 513,441.

The November arrivals are a clear indicator that a recovery is underway and has brought back the confidence of international tourists to visit Thailand again. Preliminary figures of daily visitor arrivals in December at international airports are also showing a steady upturn in the last month of 2014.

Commenting on the nascent recovery, Tourism Authority of Thailand Governor Thawatchai Arunyik said, “The November arrival figures are a very encouraging sign. We are optimistic that visitor arrivals in December will be satisfying, especially in view of the major promotions we have mounted for the New Year Countdown festivities.”

He added, “This has been a very challenging year indeed for the entire travel and tourism industry. However, we have broken through this challenge and implemented many ways to handle it. The November figures are clear proof that these efforts have generated a positive result.”

According to the latest figures from January to November 2014, the total international tourists record at 21,938,435.

The sign of recovery for Thailand tourism began to show since the last three months with the country recording higher tourism income, according to the Ministry of Tourism and Sports. To-date, many accommodation establishments in key Thai destinations have received a high number of advance bookings up until the Chinese New Year 2015 period, especially from the China market. Many tourists also opt to travel directly to top beach destinations with international airports, such as Phuket and Krabi.