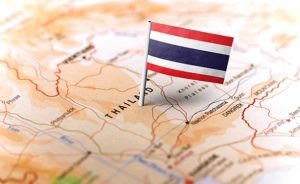 Montreal (Canada) – September 6, 2017 (travelindex.com) – Thailand has become the 127th country to ratify Montreal Convention 1999 (MC99) legislation. MC99 establishes airline liability in the case of death or injury, of delays to passengers, and in instances of damage or loss of baggage and cargo.

“Aligning laws with the treaty’s provisions and passing them through parliament can take years. In the case of Thailand it was a seven-year process.

“But lawmakers persevered because they understood that MC99 is critical for Thailand’s aviation industry to reach its full potential.

“With Thailand set to rank among the world’s top ten aviation markets by 2032 that potential is significant. Already aviation supports 3.3 million jobs and $48 billion of economic activity in the Kingdom.”

About IATA
The International Air Transport Association (IATA) is the trade association for the world’s airlines, representing some 275 airlines or 83% of total air traffic. We support many areas of aviation activity and help formulate industry policy on critical aviation issues. Visit our website at www.iata.org